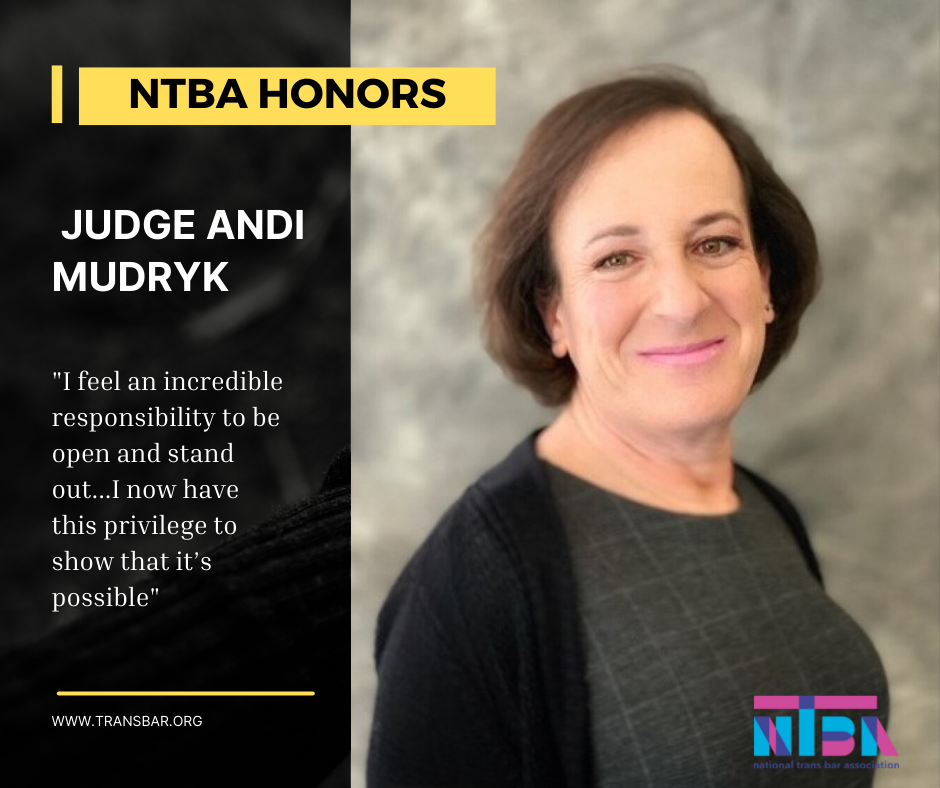 NLSLA will be honoring Judge Andi Mudryk with the Trailblazer Award at their 16th annual Just Neighbors celebration, which will take place on October 16, 2022, at 2:00 PM at the Skirball Cultural Center.

Judge Andi Mudryk understands the power of representation. As a trans woman with a significant disability, she remembers what it was like to grow up without seeing anyone like herself in a position of power. She was on the outside looking in, and she tempered her aspirations accordingly. Even after she began practicing law, she did not allow herself to dream of becoming a judge. “I just didn’t think it was possible,” she said.

In March of 2022, after decades of fighting for justice on behalf of marginalized communities and people living with disabilities, Andi became the first openly transgender person in California history to be appointed to the bench, and only the second openly transgender judge in the state. In the months since her appointment, despite an inclination to shy away from the spotlight, she hasn’t turned down a single request to speak publicly, participate in a panel, or be interviewed for media.

“I feel an incredible responsibility to be open and stand out,” she said. “I now have this privilege to show that it’s possible.”

In 2017 she joined NLSLA as Director of Litigation and Policy Advocacy, overseeing the organization’s health work.  During her time with NLSLA, she helped shepherd groundbreaking cases that transformed the provision of Medi-Cal in LA County—halting unlawful practices that left countless eligible recipients without healthcare because of county failures, ensuring the most vulnerable patients have access to the specialists they need and forcing the county to provide safe transportation to medical appointments for people with disabilities and serious health conditions.